What is the secret to getting a good match for medical residency?

Samuel B. Wood shares his story so you can learn how a successful med student matched in his dream residency program.

Recently, Picmonic asked a few med students to share their match day stories. Meet Samuel B. Wood, an OMS-IV at the University of New England College of Osteopathic Medicine. Hear about the moment he received his match, how his choice of resources helped him get there, plus his thoughts on the comparison between the popular mnemonic resources for visual learners in medical school.

Picmonic: Tell us your match day story! Where did you match and how excited were you in that moment when you finally got the word?

Sam: I’ll never forget it. I was sitting in the living room with my parents, we had set out a bottle of champagne. 1 pm rolled around and I got the email. My heart skipped a beat, and my parents sat back in their chairs. I opened the email and scrolled down to the (way too small!) print at the very bottom.

Emergency Medicine at Reading Hospital in PA! I was beyond thrilled.

The program is new, with a state of the art Level 1 trauma bay, with a top 10 acuity in the nation, and a group of residents and attendings I already loved to be around. My parents hugged me, and we poured a much-needed glass of champagne.

Picmonic: What were the steps you took that helped you succeed?

Sam: This is a big one. I placed a large calendar on my wall and checked off every single day for 2.5 years. At the end of each day, I’d write down 3-5 things I accomplished. Another 40 questions in UWorld, another Picmonic and Sketchy Micro video, another 3 Online Med Ed lectures. This kept me focusing on the tiny, individual wins of the day, as opposed to being overwhelmed by the overall weight of the big picture.

I still have these calendars and they are absolutely covered with ink. Each mark represents one more piece of knowledge that got me to where I am today. 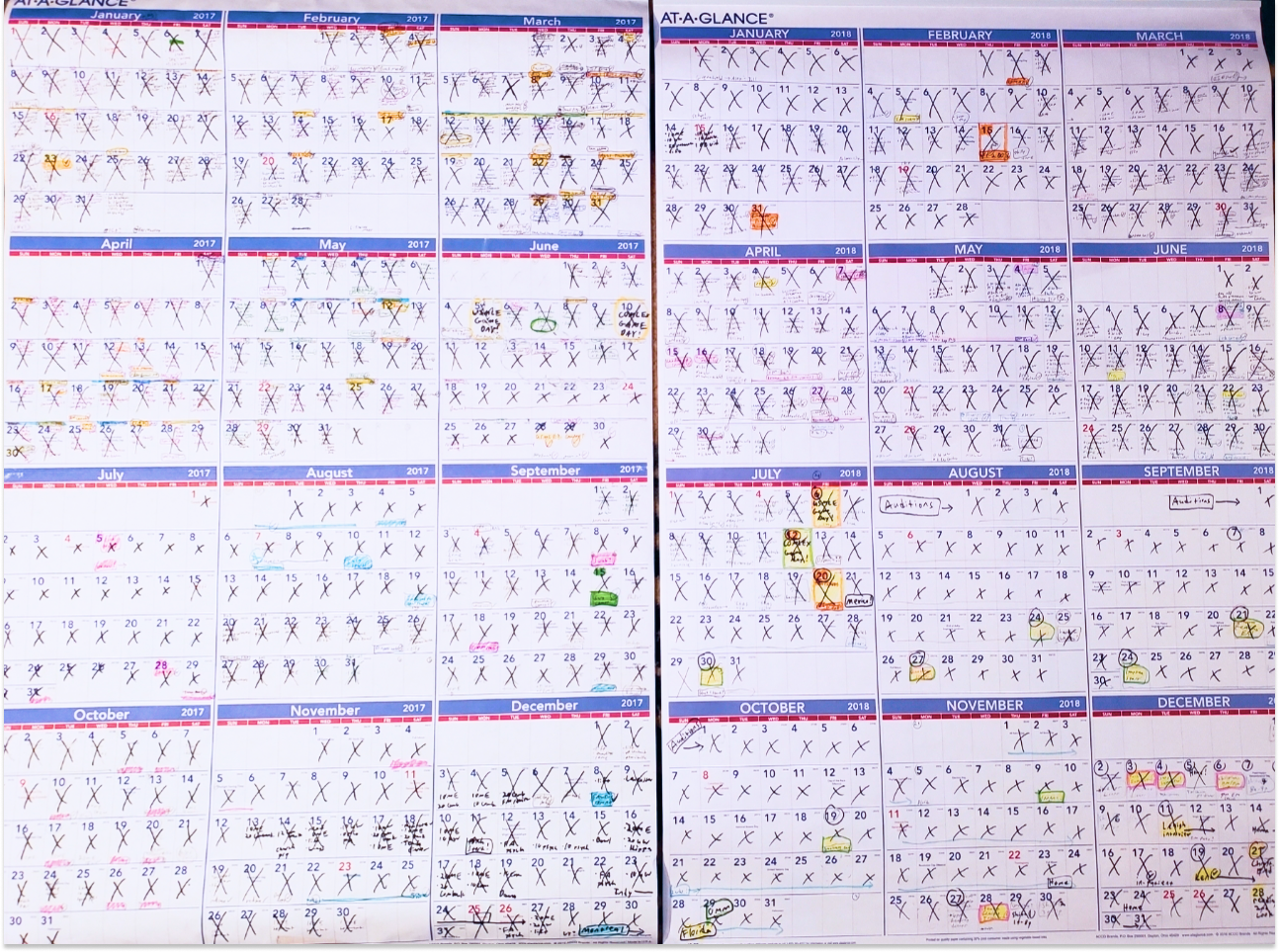 In all, I would pass along the words of wisdom that if you stick to the “gold standard” resources and follow your own learning style, you will succeed. You just need to put in the effort every single day.

Picmonic: Any tips or tricks you wish you’d known sooner?

Sam: Yes, I wish I had been more comfortable acknowledging and embracing my learning style earlier. I am a visual learner, period. This is why resources like Picmonic are so essential. In the beginning, I thought it was silly to try to learn something as traditional as medicine through playful cartoons. But I soon realized pictures locked in my head in a way words never could, particularly under times of pressure (like pimping during rounds). More importantly, how you access information doesn’t matter, it’s whether or not you HAVE the information that does.

So figure out and embrace your learning style early, and stick to it. Some will call you crazy, or say it would never work for them, but I assure you the benefits of being an efficient and effective learner far outweigh the downsides of feeling like an “outsider” for not doing it the traditional way.

Picmonic: I noticed you used Picmonic and Sketchy, do you have recommendations for younger students on using the two together to succeed as you did?

Sam: I’d be happy to provide my opinion. The power of Sketchy Micro (and Sketchy Pharm) lies in the following: First, it has been established for years as the “gold standard” learning platform for micro, and is oftentimes the very first name you hear about when you ask the question “how the heck am I going to learn all this nebulous nonsense?!”  Knowing that it is a learning method which has worked for students in the past is huge, and word-of-mouth is oftentimes the only trigger needed to drop money on a resource. I believe this is simply a result of Sketchy being a little more well-known.

For me, I turned to Sketchy for micro and pharm first. If there was a bug I ran into that wasn’t in Sketchy, or that continued to baffle me (such as Moraxella), I’d jump to Picmonic. So I confess, I did not use Picmonic a bunch for drugs or bugs, as Sketchy served that purpose well. I do know plenty of people who swear by Picmonic for these same topics and did well, so I guess it all comes down to what your style is.

The thing Picmonic CRUSHES Sketchy in is the fact that in Picmonic EVERYTHING can be studied pictorially, not just bugs and drugs. Further, the ability to integrate and organize your learning with study books like First Aid, via subject, or systems, is absolutely huge.

Picmonic has spaced-repetition quizzes to solidify learning, as well as linked resources in the notes to OnlineMedEd, Osmosis, and the like. The open platform nature allows students to upload their own images and even create their own Picmonics. And the general community can then validate or deny those additions. Sketchy does none of these things as far as I can tell.

So, I guess the long-winded answer is I’d never learn the lysosomal storage diseases, subtle biochem pathways, or weird genetic disorders without Picmonic. I plan to continue using both Sketchy and Picmonic during residency to keep a grasp on my knowledge. Each one provides its own strengths, so to younger students, I’d say to give both a try starting day one of school. And if you go with Sketchy for Micro or even Pharm, make sure to still use Picmonic for everything else. Good luck! 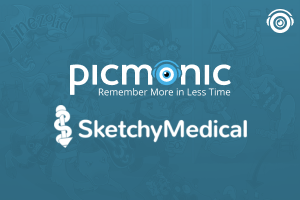