PA Salaries Across the United States: What to Expect

In addition to ranking party colleges, US News and World Report recently reported that “the U.S. is currently facing a shortage of healthcare professionals and physician assistants.” The Bureau of Labor Statistics projects this means that the profession will grow, which is good news for hopeful PAs around the country looking for work. 33,300 new jobs for physician assistants are expected to be created by 2022, so there’s still time for you to sign up for Picmonic for PAs to help you ace the PANCE and get ready for your first day of work. With roughly $96,000 per year as the national salary average for PAs ($62k is reported as the low), we decided to see what PA salaries really are around the country.

Surprisingly, Tony Soprano’s home state of New Jersey is ranked #1 for average PA salaries by The Physician Assistant Life blog. In 2015 the state average was $111,075. Not too shabby. The blog also points out, however, that you will have to overlook that the state is number one in a lot of other areas, too. Mainly crime. (Though we’re sure it has many other fine qualities.)

Who says you have to be an actor to make the big bucks in The Golden State? The average yearly paycheck for a PA is $96,593 according to payscale.com. Not a fan of beaches? California’s neighbor, Arizona, has cheaper cost of living and it shows in the pay scale; PAs in the Grand Canyon State earn an average of $83k per year.

Make it a Snow Day

According to Monster.com, PAs who want to live in Alaska’s Last Frontier (seriously, that’s Alaska’s epic nickname) make about $88k a year on average. Want to stick around in the contiguous US but still want the snow? Ohio residents can make around $90k a year as a PA, while cheeseheads in Wisconsin can bring home anywhere between $93k and $122k as their PA salaries.

New York ties with Washington state for an average of $83k a year, says Monster. That means that you get to choose which coast is the best coast and either way, you’ll snag the same paycheck. Just keep in mind the cost of living. Depending on the area, you could be looking at some pricey digs, but the city-life in either state could offset the pain of sticker price.

Florida residents can rake in about $91k a year as a PA while Georgia PA’s take home a peachy-keen $98k a year. Meanwhile, deep in the heart of Texas, you can make an average of $103k a year, but your base pay will start at about $74k. Those numbers seem like some southern comfort to us.

PA salaries may vary, but the sense of satisfaction you’ll get from helping people day in and day out is consistent across the country. Plus, wherever you choose to live, Picmonic can go with you! With a quick click you can try Picmonic for PA Students for free and be closer than ever to your dream job. 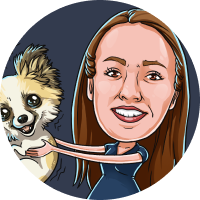 Physician Assistant: 7 Characteristics of an Awesome PA for 2022

Your 15 Most Pressing PA School FAQs Answered for 2022