There’s a Picmonic for That!: Cardiac Cycle: Systole & Diastole

Some of the most fundamental topics in physiology are the specifics of the cardiac cycle. If you’re not sure where to start, just remember — there’s a Picmonic for that! 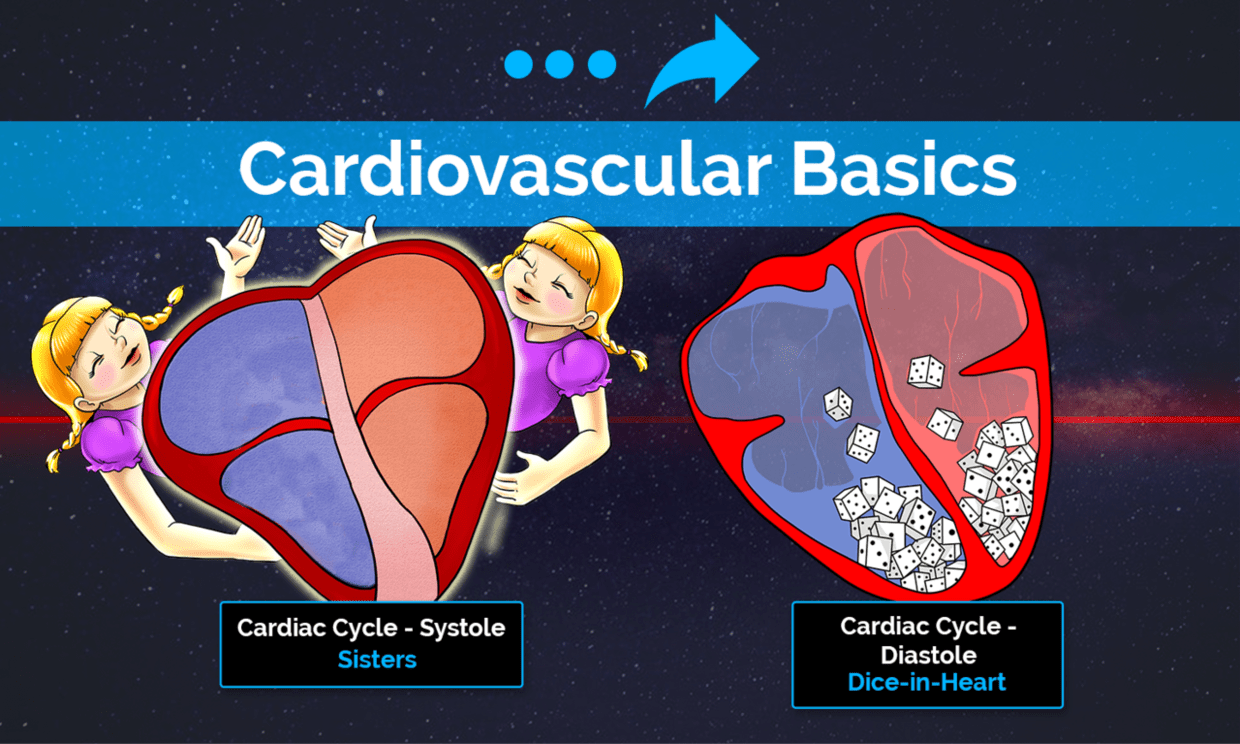 Picmonic Hint: Sisters
Systole is the stage of the cardiac cycle associated with the heart pushing blood out to the lungs and the rest of the body. It picks up where diastole leaves off, with the ventricles filled with blood. The signal that began at the sinoatrial node now travels to the atrioventricular (AV) node, located in between the atria and the ventricles. It travels through the bundle of His, down the path in between the ventricles, and stimulates the Purkinje fibers that distribute electrical signals throughout the ventricular muscle. This causes ventricle contraction, pushing blood out of the ventricles. First, the tricuspid valve (between the right atrium and ventricle) and the mitral valve (between the left atrium and ventricle) must be closed to prevent backflow into the atria during ventricular contraction. Next, the pulmonary valve (from the right ventricle to the pulmonary artery) and the aortic valve (from the left ventricle to the aorta) must open to allow blood to flow through. The pulmonary artery takes blood to the lungs to become oxygenated, and the aorta sends the oxygenated blood out to the body.

NCLEX® Questions: Everything You Need to Know in 2021