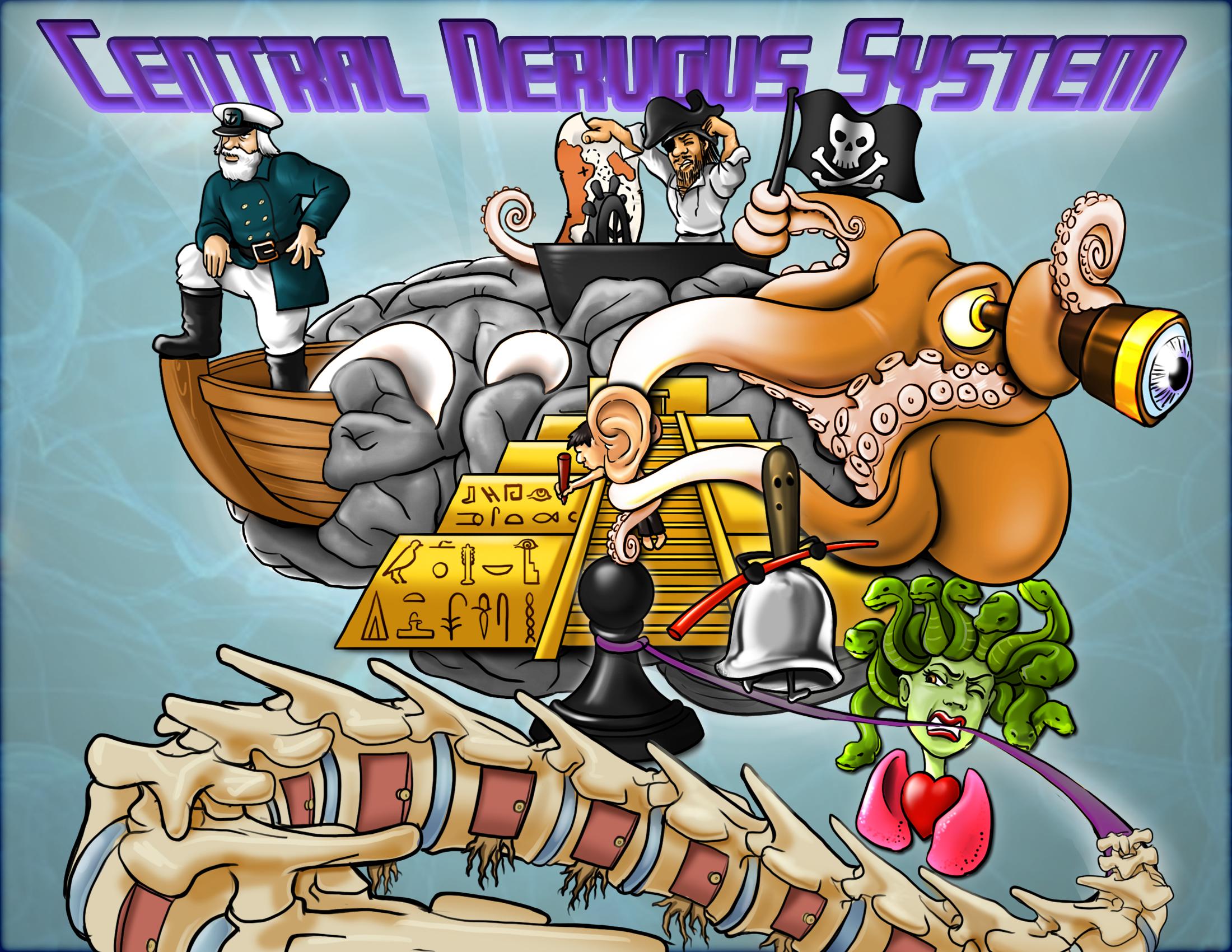 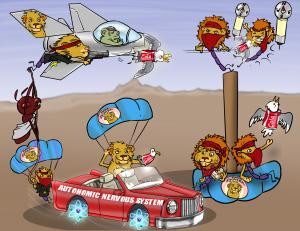 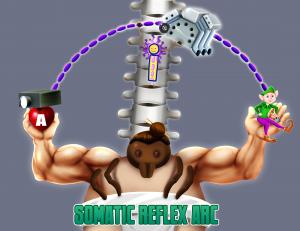 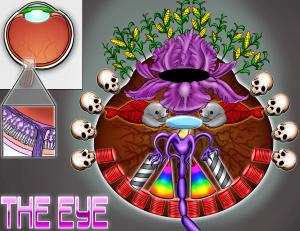 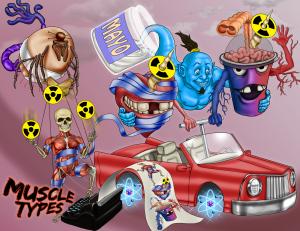 Picmonic
The central nervous system is composed of the brain and spinal cord. It is responsible for integrating information from and coordinating activity of all the body parts. The forebrain is divided into four lobes: frontal, parietal, temporal and occipital. The frontal lobe is associated with reasoning, planning, emotion and some parts of speech. The parietal lobe is associated with movement, orientation, recognition and perception of any stimulus. The occipital lobe controls visual processing, and the temporal lobe integrates auditory stimulus, memory, speech and writing. The hindbrain consists of three main parts. The medulla oblongata, which regulates vital body functions like breathing and heartrate, the pons, which is involved in motor control, sensory analysis, consciousness and sleep, and the last part, the cerebellum, controls fine movement coordination, balance and muscle tone.The spinal cord is a bundle of nerves running up and down the spine, and is used to transmit electrical signals between the brain and the rest of the body. Also in the spine are the dorsal root ganglia, which carry signals from sensory organs toward the brain (afferent nerves). Finally, brain matter is also classified by whether it is myelinated or unmyelinated.Grey matter is unmyelinated, while white matter is myelinated.
11 KEY FACTS
CHARACTERISTICS
Frontal LobeCaptain leading at the Front of the ship

The frontal lobe is located at the front of the brain and is involved in motor functions, reasoning, memory, and several higher order functions.

The parietal lobe is located above the occipital lobe and behind the frontal lobe. It integrates sensory information and determines spatial sense and navigation.

The temporal lobe is located in between the occipital and frontal lobes, beneath the parietal lobe. Its functions include auditory perception, memory, speech, emotional responses, visual perception, and language skills, including writing.

Occipital LobeOctopus with a big Eye

The occipital lobe is located at the back region of the cerebral cortex and is involved in visual perception and color recognition.

The medulla oblongata is the lower half section of the brain-stem and is responsible for autonomic functions and systems, such as respiration, cardiac center, and bulbar reflexes including vomiting, swallowing, coughing and sneezing.

The cerebellum is located under the cerebral hemispheres and is involved in movement coordination, balance and equilibrium and muscle tone.

The pons is a portion of the hindbrain that bridges the medulla oblongata and cerebral cortex. It coordinates arousal, autonomic functions, sensory information and sleep.

The spinal cord is a long bundle of nerves and support cells that extend from the brain. The function is to transmit neural signals from the brain to the rest of the body, but also independently control some reflex arcs.

The dorsal root ganglion contains nerve cell bodies that transmit signals from sensory appendages to the integration center. It is the nodule of the afferent sensory root of a spinal nerve.

Grey matter is typically associated with the outer tissue of the brain. It consists of dendrites, unmyelinated axons, glial cells (oligodendrocytes) and capillaries.

White matter is associated with inner brain tissue and consists mainly of glial cells and myelinated axons. White matter may affect how the brain learns and functions, as it modulates the distribution of action potentials and coordinates between different brain regions.