Master Meiosis I with Picmonic for Pre-Health 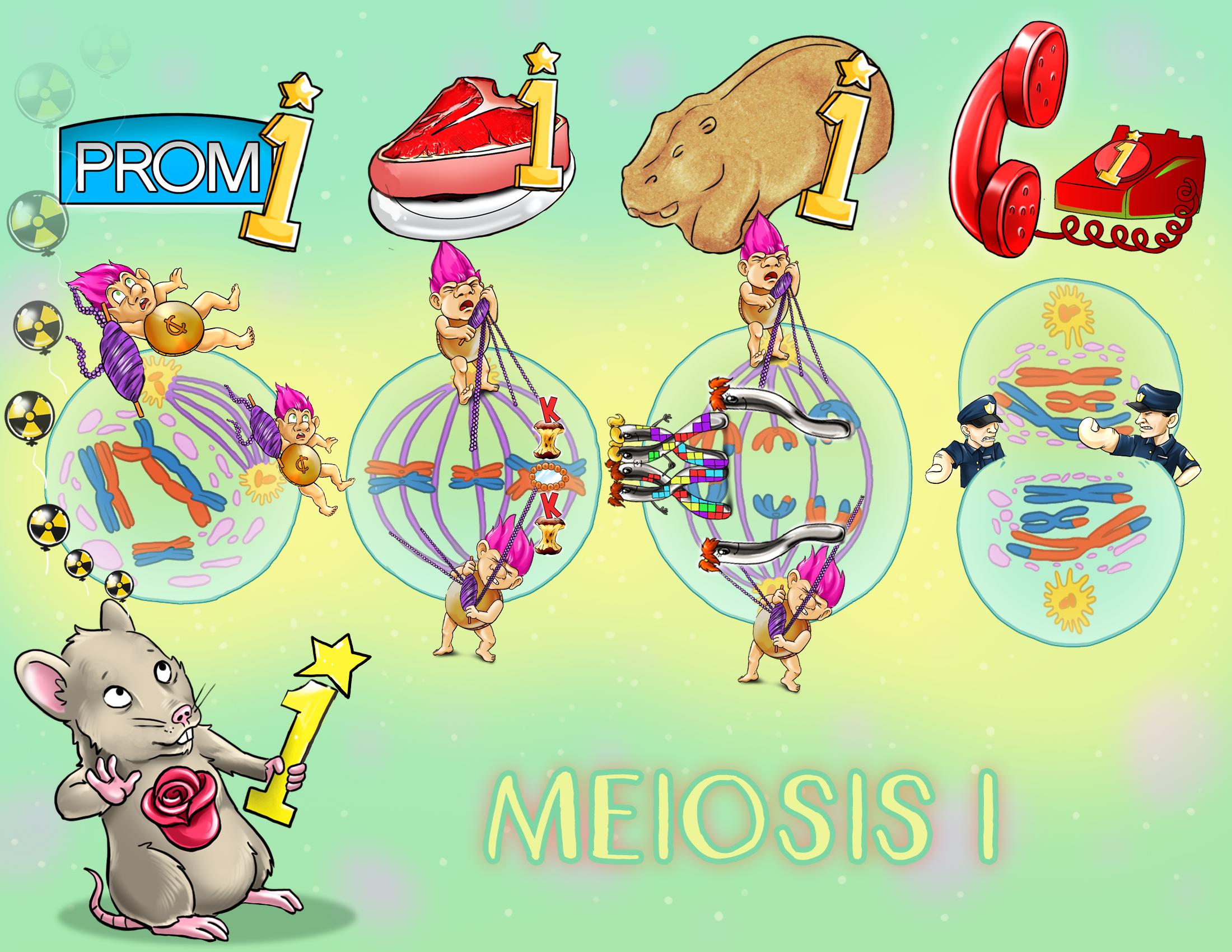 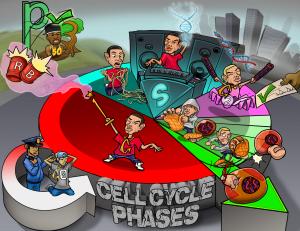 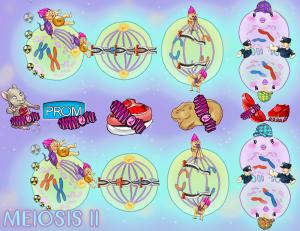 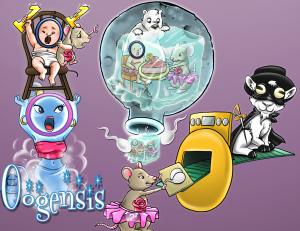 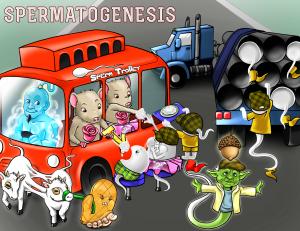 Picmonic
Meiosis I is referred to as reduction division, and in this process, one cell is divided into two. Interphase is a pre-meiotic phase, and meiosis I is comprised of prophase I, metaphase I, anaphase I, and telophase I. At the end of this process there are two 2n cells, each with 46 chromosomes.In interphase I, which is a pre-meiotic process, the genetic material is duplicated. In prophase I, the nuclear membrane disappears, and the meiotic spindle, comprised of microtubules and other proteins, forms between two pairs of centrioles, which have migrated to opposite poles of the cell. This is the longest phase of meiosis. Metaphase I is the second phase of cell division and is associated with the alignment of chromosomes at the midpoint between centrioles. In this phase, the chromosomes are tightly coiled and condensed. Here, spindle fibers from one pole of the cell attach to one chromosome of each pair, and spindle fibers from the opposite pole attaches to the homologous chromosome. Anaphase I is the third phase of cell division characterized by sister chromatids or homologous chromosomes separating. In this phase, the tetrad separates and the two chromosomes are pulled towards opposite poles. Remember that in meiosis I, the sister chromatids remain joined. Telophase I is the fourth phase of cell division and is characterized by the beginning of physical splitting into two daughter cells. In this phase, a nuclear envelope reforms around each chromosome set, and the spindle disappears. Later in this stage, cytokinesis splits the cell into two.
14 KEY FACTS
CHARACTERISTICS
Prophase IProm-phase (1) Wand

Prophase is the first phase of cellular division and occurs in mitosis, meiosis I, and meiosis II. In prophase I, the nucleus disappears. Additionally, the meiotic spindle, comprised of microtubules and other proteins, forms between two pairs of centrioles, which have migrated to opposite poles of the cell. This is the longest phase of meiosis.

Centrioles are groups of microtubules that, in both types of cell division, migrate to different poles and attach to chromosomes.

A spindle apparatus is fundamentally comprised of spindle microtubules and hundreds of proteins that, in both types of cell division, help separate chromosomes during cell division. This apparatus forms between the two pairs of centrioles as they migrate.

In the beginning of prophase for both types of cell division, the nuclear membrane disintegrates, allowing for splitting of genetic material.

Microtubules from the spindle apparatus connect to the kinetochores of chromosomes.

The centromere is part of the chromosome that links sister chromatids together. The spindles attach to centromeres through kinetochores.

The kinetochore is a protein structure on the chromatids where the spindle fibers attach to pull sister chromatids apart (or homologous chromosomes in the case of meiosis I).

Spindle microtubules extend from the centrioles and pull pairs of chromosomes apart and toward the poles.

Tetrads are pulled apart during meiosis I. This is a source of genetic diversity as the chromosome from either parent can be separated into either cell and genetic material exchange has already happened.

Telophase is the fourth phase of cell division and is characterized by the beginning of physical splitting into two daughter cells. In this phase, a nuclear envelope reforms around each chromosome set, and the spindle disappears.

Cytokinesis is the separation of plasma and organelles between each daughter cell so that it has what it needs to survive.

Take the Meiosis I Quiz