Picmember of the Week: Jonny Antoni

Picmonic fans have been chomping at the bit to get to know our team a little more. So here it is folks, the latest installation in our ridiculously popular and awesome blog: PICMEMBER OF THE WEEK.

Okay, that might be a slight exaggeration, but I figured it’s about time we reveal some of the brains behind this operation. This week, the prestigious title of Picmember of the Week goes to Artist in Residence: Jonny Antoni. He’s a creative genius behind our Picmonic concepts and images. A tattoo artist by trade, converted into a full time Picmonic master. Read on to get to know the kid more.

Disclaimer: The following post is raw, [mostly] unedited, 100% Jonny. Brace yourself. Also, the photographs of Mr. Antoni may be alarming to some, but no Picmonic team members were harmed in the making of this post. 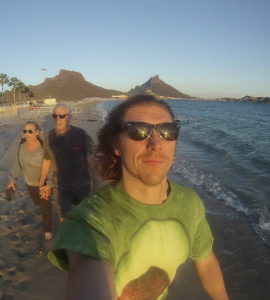 In five words, describe your role at Picmonic.
Chef at a brainfood buffet.

I know it’s like choosing between your children, but who is your favorite Picmonic character?
I dream of strep pyogenies

If you weren’t doing your current job, what would you be doing?
Your mom…. s tattoos.

What’s your go-to song on karaoke night?
Anything by The Proclaimers

Have you ever gone to a movie by yourself? If yes, which one, if no, why not?
Ain’t nobody got time for that!

Fill in the blank:

I never leave the house without: forgetting something.

My parents almost named me: Harry A. Ness.

In high school I was: terrible in english.

The best part of my job is: watching the reactions to the things we come up with.

Scenario: You have the opportunity to change the course of history with one text message to someone in the past. Who do you text, on what date in history, and what does it say? (Bonus: You can text your past-self.)
JFK- Nov. 22 1963 12:28- “There are cookies under LBJs seat, they are so good!”

Scenario: You are given all of the resources necessary to invent an iPhone app to solve or overcome your biggest pet peeve. Name the app and tell me what it does.
I don’t have too many pet peeves, aside from breaking pencil lead and skipping CDs (now an outta date peeve).  So, instead I would make an app that would make everyday events even more awesome, I would call it “MF Montage”.  You could upload a bunch of songs and catagorize them under different different emotions or choose from our preloaded favorites like, “Epic Victory”, “Epic Fail,” “Workin Hard,” “Chillin,” “Screw you,” “I just had sex,” and “I’m having sex!” You could just press the app icon a yell at your phone “Epic Victory Montage” then boom everyone knows you’re a winner!!

Scenario: You are discovered by a team of soap opera writers and asked to finish the main character’s story line and write them off the show. Describe their grand exit from the daytime drama.
Well, Enrique’s evil twin Edwardo comes back from the dead for the 11th time.  He tricks Enriques’ wife (Maria) into sleeping with him on the day of their wedding and he plants a bomb [in the church].  At the ceremony, he reveals himself by laughing when the Maria says “till death do us part”  and he raises a trigger in his hand in miniacal laughter and presses the button.  At that moment he looks down at his beloved chihuahua to see that it had gotten the bomb out of the trash and brought it back to him.  He lets out a comical “Aye Chihuahua.” Then boom, and Enrique and Maria life happily ever after.

Final words to leave with our readers? Think about it, you need a montage. 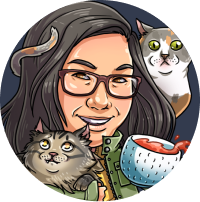 As one of Picmonic’s artists, Alana enjoys drawing the characters that represent the crazy facts you need to remember. She also helps set up Picmonic info sessions for schools across the world. She lives in Brooklyn, NY and considers herself the official “east coast branch” of Picmonic.